Some Quotes on Spirtuality and Technology 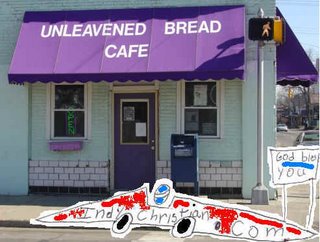 These days, much of my spirituality is aided by technology. I'm not alone. Today, the www has indeed become a partner to faith development in the lives of millions of people throughout the world.

Here are some selected thoughtful quotes concerning the relation between technology and spirituality.

"There is no answer outside the human being. The machine's hidden agenda turns out to be our own agenda...There is no capability of the computer that can't be made to look good in one light and bad in another. Which light should we choose? Only the light -- and the darkness -- emanating from the human heart. At the end of the twentieth century it scarcely seems possible to stand in this light and this darkness without worrying deeply about the terms of our inner pact with the computer." - Stephen L. Talbott (Author of 'The Future Does not Compute")

"I do believe we are in the midst of a transition - intimated by the Internet - towards a more collective thinking, where the individual psyche becomes a component of a larger group mind. "This doesn't mean we stop existing as individuals, but it could mean we become more fully aware of every other living being, much in the way a coral reef's individual organisms respond to one another as if they were part of the same, single body." - Douglas Rushkoff (Author of 'Cyberia')

"Technology is part of nature. It's an extension of human consciousness. Ironically the portals that technology open to us are generally portals that we could open without technology, if we knew how. I think that we are fully capable as human beings of having a global brain and of communicating with each other as parts of a single great organism. But either we really haven't developed those skills, or else we've lost the ability to use them. Back in tribal days, people didn't see themselves as individuals; they saw themselves as parts of a little organism.Well, being one part of an eight-billion part organism is much harder to come to grips with. In a way, technology is a test run." - Douglas Rushkoff

"Late twentieth-century machines have made thoroughly ambiguous the difference between natural and artificial, mind and body, self-developing and externally designed, and many other distinctions that used to apply to organisms and machines. Our machines are disturbingly lively, and we ourselves frighteningly inert." -- Donna Haraway (Author of 'The Cyborg Manifesto')

"(David)Chalmers thinks it quite possible that AI research may someday generate--may now be generating--new spheres of consciousness unsensed by the rest of us. Strange as it may seem, the prospect that we are creating a new species of sentient life is now being taken seriously in philosophy.

"Though (Alan) Turing generally shied away from such metaphysical questions, his 1950 paper did touch briefly on this issue. Some people, he noted, might complain that to create true thinking machines would be to create souls, and thus exercise powers reserved for God. Turing disagreed. "In attempting to construct such machines we should not be irreverently usurping his power of creating souls, any more than we are in the procreation of children," Turing wrote. "Rather we are, in either case, instruments of his will providing mansions for the souls that he creates."

"My view is...that some machines are already potentially more conscious than are people, and that further enhancements would be relatively easy to make..." - Marvin Minsky (the father of Artificial Intelligence)

"I no longer worry about dying, but I do worry about dying before my computer is proud of me. In the future there will be man, woman, and machine. Three slightly or grossly - different ways of thinking. Carbon life with its emotion, uncertainty and analogue processes complemented by the far more deterministic and precise machine. The machine will be able to conceptualise the future by running incredibly complex models to predict the outcome of any action or decision. It's the ultimate mix = analogue + digital, random + chaotic, intuition + modelling. Perhaps my computer will envy me my imagination and intuition." - Peter Cochrane (head of British Telecom's Multimedia research division) 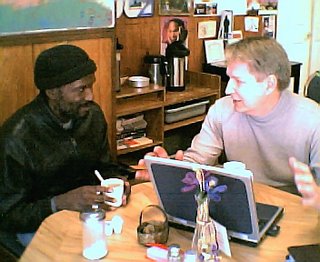