Awaiting Healing of Nations In The Last Days 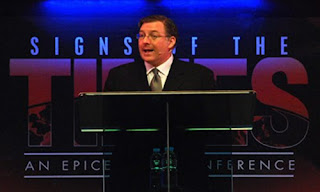 "Therefore keep watch, because you do not know on what day your Lord will come." (Matthew 24: 42)

I just came from a "Signs of the Times" church service where NY Times bestseller, Joel Rosenberg, was speaker. What struck me was his mention of Ezekiel 36-39 that predicted the existence again of the nation Israel. It came true! After almost 2,000 years of non-existence, Israel was granted a territory and the right to be a nation again by the the United Nations in 1948 -- a direct fulfillment of Bible prophecy.

Are we living in the last days? Like Joel Rosenberg, I believe so. Why? The signs are coming out in our present generation! (Read Matthew 24).

In recent years, among nations, a string of tragedies, tribulations, and threats have happened. The world is getting worst with signs of the times and handwriting on the wall, so to speak. What could some of the signs (past, present) below, among others, be telling us?

Can you see or guess now what's happening even just a bit?
Email Post