Much Takes Place Invisible to Us 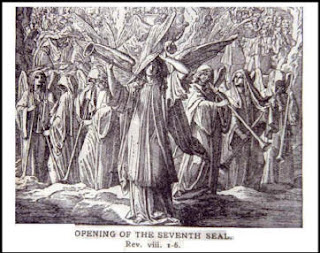 When a young professional resists the temptation of materialism and immorality …

When a politician slogs it out to fight corruption ….

When a spouse refuses to give up on a hostile, adulterous loved one …

In all these sufferings, big or small, I see a parallel about sharing in the sufferings of Christ. The Apostle Paul prayed to “know Christ and the power of His resurrection and the fellowship of sharing in His sufferings” (Philippians 3:10).

This far greater war will determine the ultimate destiny of all humankind. And because it’s a war, it will involve certain sufferings and casualties. In this life, we will never fully understand or explain these painful experiences, because much takes place invisible to you and I.

It helps a lot, though, to realize that the war is already won! There is no question for a moment about the outcome of this war.

“… in all these things we overwhelmingly conquer through Him who loved us. For I am convinced that neither death, nor life, nor angels, nor principalities, nor things present, nor things to come, nor powers, nor height, nor depth, nor any other created thing, will be able to separate us from the love of God, which is in Christ Jesus our Lord” (Romans 8: 38, 39).

“The horse is prepared for the day of battle. But victory belongs to the Lord.” (Proverbs 21:31).

“But when this perishable will have put on the imperishable, and this mortal will have put on immortality, then will come about the saying that is written, ‘Death is swallowed up in victory. O death, where is your victory? O death, where is your sting?’ The sting of death is sin, and the power of sin is the law. But thanks be to God, who gives us the victory through our Lord Jesus Christ” (1 Corinthians 15: 54-56).

“And the devil who deceived them was thrown into the lake of fire and brimstone, where the beast and the false prophet are also, and they will be tormented day and night forever and ever” (Revelation 20: 10).

Victory is so sure for us! Even if we have to wait and slog through the enemy till the end. The assurance of our victory in Christ therefore puts a deeper level of meaning to what we go through along the way. We can share in Christ’s redemptive suffering and victory. We’re also able to be co-participants with Him in the battle to expel evil from this planet.