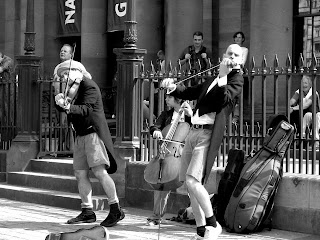 I have a confession to make. I am a "codependent." In other words, I tend to assume the role of rescuer with a distorted sense of responsibility over other people's problems. God shows me that I'd burn out quickly with this destructive attitude. There is a balancing point when I am to get out of the way and give the burdens of people over to God instead of assuming them.

Codependency, according to author Pat Springle, is "a compulsion to control and rescue people by fixing their problems ... resulting in a lack of objectivity, a warped sense of responsibility, being controlled and controlling others."

Test if you are codependent: Do you try to control others? Do you make excuses for other people's poor choices and bad behavior? Do you fear what others are thinking of you? Do you feel guilty if you say no? Do you allow others to speak to you in a disrespectful manner?

Psychology tells us that almost all codependent behavior stem from unmet needs and problems that occurred during childhood. Here are some of them: emotional abuse from parents through insult and criticism; parents who were emotionally unavailable; parents who overprotected or coddled a child; parents who set unrealistic standards and perfection; parents who were unpredictable and yelled.

John Splinter wrote, "The more deeply one has been wounded, the higher the probability that one will be codependent. The pain from the past leaks into the present."