A Bit of Wisdom Even From New York Times

I came across a 2004 article in the Science section of New York Times entitled "To Err May Be Human; To Forgive Is Good For You" written by Erica Goode. The focus of the article was on the new book of psychotherapist Dr. Robert Karen, "The Forgiving Self: The Road From Resentment to Connection." Interesting to note that, in a newspaper science section, a psychotherapist and his book were featured talking of the health "damage done when we don't forgive." Ordinarily, people think that "forgiveness" is all religion or just in the Bible. But here, within the pages of secular New York Times, forgiveness moves from being a religious concept to the realm of healing "science." Would you see that as strange? In my view, I think the doctor/psychotherapist/author Dr. Karen still falls short. He fails to fully grasp the meaning of "connection" in his book's subtitle when he missed out on the role of faith. I say this because real healing "connection" comes from a relationship with Christ that affects all of life. 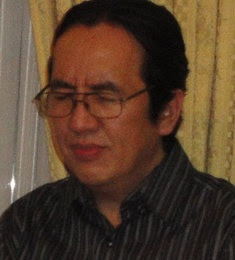