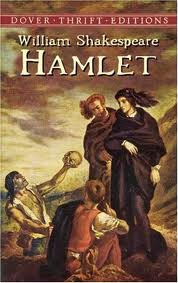 Have you heard of William Shakespeare's character, Hamlet?  He is known for saying "to be or not to be?" Simply, Hamlet struggles with the choice between "go on living" (to be) and "take his own life" (not to be). He despaired for life after he learned that his uncle killed his father and married his mother.  The horror of realizing it was so disturbing that Hamlet contemplated suicide.

I wonder if you can relate to Hamlet's psychological and emotional wound. Have you ever reached a point when life's pain became so overwhelming that you're tempted to despair?  Let me share some basic truths about such a situation:

*  Focusing on your self does often lead to despair.
*  A key is to dispel darkness with new hope by shifting your focus
from your self.
*  You should trust Someone beyond your self for strength to become resilient instead of overwhelmed.
*  You cannot undo the damage done yesterday but you can undo the damage it is doing today.

To be or not to be?  That is the question.
Email Post