I cant' get satisfaction here! 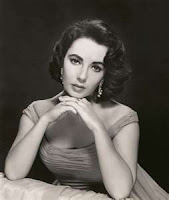 Rocker Mick Jagger bellows a famous phrase, "I Can't Get No Satisfaction."

You've got to give Mick Jagger and Elizabeth Taylor credits. They both attempted to find gratification somewhere.

In Scripture, there's a king named Solomon. He too was in a similar quest for satisfaction. Using material possessions, information, creativity, money, food, drink, and sex, Solomon and Mick and Elizabeth all strove to find fulfillment in their lives.

Interestingly, all three came up empty and frustrated!

Ecclesiastes states that we foolishly seek satisfaction "under the sun" (1:14). Therein lies the problem. We're looking in the wrong place.

Satisfaction is found "above the sun."

It's an inescapable fact of human existence, whether we accept it or not.
Email Post