What Can You Do When Life Isn't Fair? 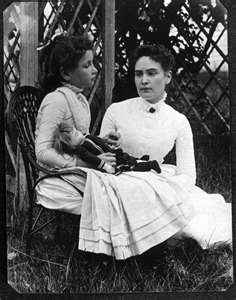 Does unfair treatment bother you? Have you been personally cheated, betrayed, abused, lied about, hurt or taken advantage of?

Realizing the inherent wrongness of such actions, it's natural human reaction to feel distressed. A lot turn angry, bitter, or seeking revenge. Others retreat into depression and sadness, withdrawing from people.

I love the story of Anne Sullivan. It demonstrates the healing and productive way to handle unfairness.

Born in 1866, Anne's youth was filled with deep poverty and adversity. She was physically abused by her alcoholic father. At age 5, she contracted a bacterial infection in the eye, causing her to nearly go blind. When she turned 8, her mother died of tuberculosis. Two years later, Anne's father abandoned her and her brother James to an overcrowded, severely underfunded state infirmary. If that wasn't bad enough, just after 3 months, James died from tuberculosis.

In 1880, as Anne turned 14, she was accepted into the Perkins School for the Blind in Boston. There she meticulously studied that she graduated as class valedictorian in 1886. In her valedictory address, she said:  "Fellow graduates, duty bids us go forth into active life. Let us go cheerfully, hopefully, and earnestly, and set ourselves to find our special part. When we have found it, willingly and faithfully perform it; for every obstacle we overcome, every success we achieve tends to bring man closer to God and make life more as He would have it."

Anne Sullivan became the tutor/instructor of the blind, deaf, and mute Helen Keller, one of the most admired women of the 20th century. In chapter 4 of Helen Keller's autobiography ("The Story Of My Life"), she wrote, "The most important day I remember in all my life is the one on which my teacher, Anne Mansfield Sullivan, came to me."
Email Post