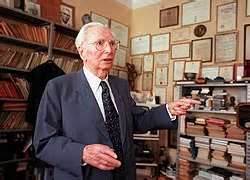 Dr. Victor Frankl, the noted Austrian psychotherapist, observed a strange phenomenon while imprisoned by Adolf Hitler in Auschwitz during WWII. He said that he and a number of doctors realized that there was something "beyond the physical" in the physically intolerable death camp.

According to these doctors, survival did not depend on the physical health of the inmates. Often, the young, the healthy, and the strong, die first. In contrast, those who were old, frail, and sick would survive. Those who survived had one thing in common: a sense of purpose and hope in life.

Here then is a therapeutic principle - when there is a driving passion or a great purpose in life, the physical body is more likely to survive. Faith, hope, passion, and purpose in life are big medicine.
Email Post
Labels: death filipino counselor filipino psychotherapist illness Philippines psychotherapy and counseling physical health survival