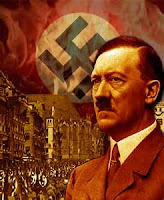 One of human history’s most hated characters is Adolf Hitler. During World War II, he murdered millions of innocent Jews in his German concentration camps and gas chambers. People all over the world were aghast by the despicable acts of this insane man.

What could had been responsible for much of the cruelty and violence of a man named Adolf Hitler?

Turning to his biography, we discover that Hitler was chronically beaten, humiliated, and toxically shamed during his childhood by a sadistic father. His father was a bastard son of a Jewish landlord.

It doesn’t take a genius to be able see Hitler’s cruelty as a result of childhood violence, the unprocessed pain and unresolved grief of that abuse. The once powerless wounded child became a powerful Nazi criminal adult. Hitler simply reenacted in a most extreme form the cruelty, deprivation, and wounds inflicted on him during his childhood.

The psychiatrist Dr. Bruno Bettelheim coined a phrase, “identifying with the offender,” which may be applied to Hitler’s startling case. We may also refer to it as “bonding to abuse,” as author John Bradshaw would put it. It’s a mysterious process where the abused identifies with the self of the abuser. The abused becomes his abuser.
Email Post
Labels: abuse Adolf Hitler filipino counselor filipino psychotherapist Nazi violence wounded inner child