Psychology of Women in Chess 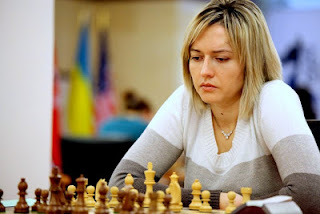 Being a chess champion myself during my university years, I remain a fan of chess. I also use chess in my therapy sessions. I suppose it's going to be a lifetime interest for me.

One of my curiosities is chess among women. Why are men better at chess than women at the Grandmaster level and all other levels? Why are there more male than female GMs?

A paper published in the European Journal of Social Psychology argues this point:

"Women are surprisingly underrepresented in the chess world, representing less that 5% of registered tournament players worldwide and only 1% of the world's grand masters. In this paper it is argued that gender stereotypes are mainly responsible for the underperformance of women in chess. Forty-two male-female pairs, matched for ability, played two chess games via Internet. When players were unaware of the sex of opponent (control condition), females played approximately as well as males. When the gender stereotype was activated (experimental condition), women showed a drastic performance drop, but only when they were aware that they were playing against a male opponent. When they (falsely) believed to be playing against a woman, they performed as well as their male opponents. In addition, our findings suggest that women show lower chess-specific self-esteem and a weaker promotion focus, which are predictive of poorer chess performance."