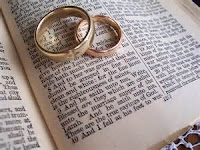 General George Marshall, U.S. Army Chief of Staff, during World War II, and later Secretary of Defense and Secretary of State, married Elizabeth Cole. That's when Gen. Marshall was 21 years old. On the night of their wedding, Elizabeth told George that because of a medical condition, she could never have sex. Most young men would call off the marriage because of that. But not General Marshall. Throughout their 25-year marriage, he was never unfaithful to her.

Now, that is special, so extraordinary. Unthinkable! It's beyond human understanding. To be a person of character, you keep your lifetime vows. It's not easy, but it's the ultimate road to real, deep happiness and integrity before God and men.
Email Post