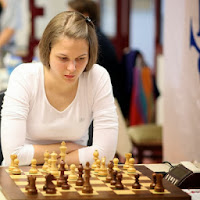 According to Dr. Sigmund Freud, founder of psychoanalysis, there is, in males especially, the psychological “unconscious conflict” of “murdering the father.” In chess therapy, the game is believed to serve a defensive containment purpose to better manage the said unconscious tendency. While playing, the therapist may then use chess metaphors to provide fitting intervention to the internal distresses of the patient.

Chess is generally dominated by males. But nowadays, there is an increasing number of excellent or world-class female chess players and grandmasters like the Polgar sisters of Hungary. Can the “murdering the father” theory from the chess unconscious apply to women players too? Personally, I believe there could be other factors (e.g. art) involved on why women would play chess or how they’d view the King in the chess play space.

I tried chess with my daughter, Angel, when she was younger. After teaching her the basics, I eventually enrolled her in a chess tournament where she surprisingly won a medal. I noticed that, when she played chess with me, our conversations turned to fun and she’d play impulsively unable to tolerate waiting. That became an avenue for me then to teach her an important life lesson in the atmosphere and metaphors of play therapy.

Possibly, chess can be used as an adjunct to women psychotherapy. If a troubled woman is comfortable in expressing her self and her issues in playing chess, then the game could be incorporated in the sessions.
Email Post