Freud Is Enemy, Not Friend 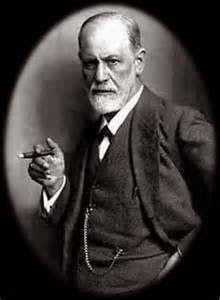 Sigmund Freud, father of psychoanalysis, gave many deep insights on psychology and psychotherapy. Unfortunately, he missed seeing clearly the “wholeness of man” and the very essence of human nature. Many of his theories were “anti-spirit” part and reinforcing a “helpless victim” attitude in patients. As one writer put it, “Psychoanalysis is a disease masquerading as a cure.”

I had multiple sessions not too long ago with a severely distressed married couple on the verge of separation. Mark, the 41-year-old husband, was suffering from crippling bouts with depression and anger, taking drugs in order to cope with his job dissatisfaction and serious marital strife. The last time I saw him, he and his wife came from a medical checkup for his prostate condition and suspected chemical deficiencies in his body.

Based on his account, Mark came from a physically and emotionally abusive family of origin. His parents were rejecting and had hurt him a lot. And there was a history of drug abuse in the family. It’s interesting to see the link between his past family wounds and his present re-enactment of the same kinds of trouble he had gone through in his own marriage and family.

If you go by Freudian psychoanalysis, Mark is stuck the rest of his life. He is locked into old past “unconscious” patterns, a victim of what his parents had done to him in the earlier years. In our sessions, Mark’s continuous blaming of his wife, his circumstances, and other people for his recurring problems intensifies the mess he is in. When asked about the possibility of having a Higher Power in his recovery, Mark says faith has a “hole.” Very Freudian!

The truth is, Mark has the “power of choice.” The “will,” indeed, has been the most neglected dimension of Freudian psychoanalysis. Instead of remaining stuck as a victim, Mark can instead transcend childhood and choose to be different and well. He has the power within himself to decide who he will be and what he will be. He simply has to come to a point where he’d choose that he’s not going to be depressed, angry, or addicted any longer.

I know, in my own life and in the lives of many of us, we are working with many conflicting factors. Not the least of which is the WILL. Someone has called the WILL the Cinderella of modern psychology. Each one of us must choose to be well. But in too many of us, there is a part that refuses to get better. A focus then of therapy is to heal the commonly experienced disabled, “wounded will” and to motivate ourselves to will to get well.
Email Post