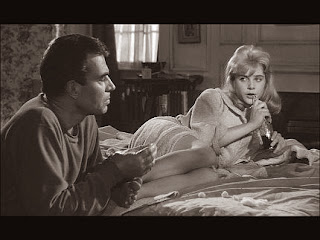 Is your marriage or relationship like that of Lolita's?

"Lolita" was a controversial novel written by Russian author, Vladimir Nabokov. It's about an aging pedophilic predator, Humbert Humbert, with a young woman in his life named Lolita.

Lolita was not fully innocent or a helpless victim in the relationship. She seduces or gives consent to get what she wants. However, Lolita is also under the control and power of Humbert because he keeps her from having a life of her own.

Humbert, for instance, sends her to school. Education is important to him. But he controls Lolita's behaviors and feelings closely by limiting her friendships and activities with others the same age as her. What causes him to do this? Possibly, Humbert fears that Lolita could change her mind about him through influences and walk away from their "relationship."

If your marriage or relationship is like that of Humbert and Lolita, then you may want to check out Nabokov's ending in their story.  You can catch a thought-provoking epiphany there.
Email Post