Are You Habitually Angry? 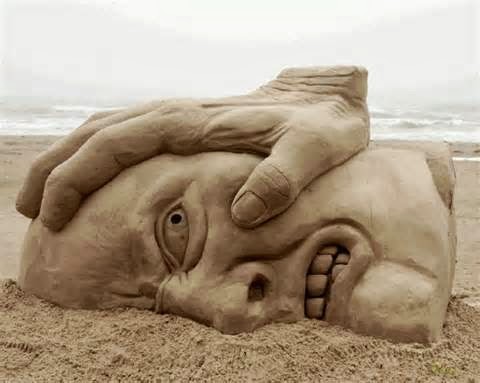 Many people have habitual and uncontrollable anger. Their anger is selfish. It's an automatic response to things not going their way. It could involve rage, explosion of temper, shouting, verbal abuse, and physical violence.

Lito is easily enraged and quick to explode at his wife and children. In various situations, even with slight irritation, he'd unleash the earthquake of his temper and rock them with aftershocks. He hurt them a lot yet he feels powerless to take control his anger problem.

Instead of admitting the flaw, Lito dismissed his "rageaholic" nature as "just the way I am." Of course, it's not true. He can choose to see his condition as it really is, seek help, control and manage his rage or anger. If Lito becomes open to be taught, his life-damaging angry outbursts can be fixed.

I notice that, in most anger management programs, only surface problems are dealt with, leaving the root causes of the anger untouched. The goal of therapy and recovery needs to be the elimination of the toxic anger itself.  This is usually accomplished by "resolving the past." When one is habitually angry, it's very likely that one can trace the root of that anger to someone else. The person or issue at hand may not even be what one is angry about.
Email Post
Labels: anger management Manila Philippines counseling psychotherapy Manila Philippines Filipino affair recovery filipino counselor filipino psychotherapist