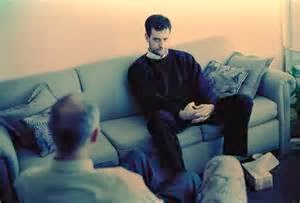 It's clear to me that Robert started therapy because of "external pressure." He was having a severe separation crisis with his wife, Anna, who demanded counseling intervention. Anna disappeared from their home because she couldn't endure her husband's verbal and emotional abuses anymore.

During my joint session with him and his wife, Robert's reactivity got intensified by his acute anxiety and anger responses. He brought shame and hostility during our exchange, obviously projected unto my person as a therapist. Compounding these, Robert's propensity for quick solutions accelerated his relational dysfunction with his wife.

Therapists and counselors often encounter difficulties working with men. Generally, men and women enter therapy for the same kinds of reasons. The frequent difference between the genders lies in the degree of willingness, the stage of the problem, and who initiates the therapeutic intervention. Women are developmentally socialized to talk about and seek help for their problems. Men, on the other hand, can be so culturally and rigidly conditioned by society, family, workplace, and media to think, feel, and act as "men."

I hope that this insight about men will increase our awareness of gender conditioning as it relates to effective psychotherapy and intervention. Men are victims of gender role steriotyping and the myths and character disorders such steriotyping perpetuates. It's essential to use this awareness to enhance rather than diminish the ability of loved ones or helpers to help men change and heal.
Email Post
Labels: filipino counselor filipino life coach filipino psychotherapist marital therapy Manila psychotherapy and counseling Manila Philippines