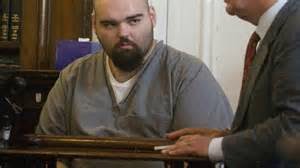 James was not interested in therapy. That's until after his wife separated from him and lived in another place. No adultery or "other person" involved. His wife has been insisting that he seek out personal therapy for years. But he was not willing, until after his wife left that James actually did so.

When James started his first session with me, he gave disclaimers. He refused to take responsibility for his part of the marital crisis. It's all his wife's fault. Although he affirmed that he picked up major insights about himself during our time together, he still wasn't interested to understand himself more deeply to repair his marriage.

Indeed, it's very difficult to help individuals with "hard hearts" who do not believe they need help. James' stubborn resistance and attempts to "justify" himself is standing in the way of his personal healing as well as marital healing with his separated wife. He wanted to think he's doing better than average, so he tended to minimize his problems. But "minimizing" his problems is not the same as facing them. James is not going to change and heal himself and his marriage as long as he continues to do this.

It's hard to heal and change what you don't understand. In order for us to change life-damaging patterns, we have to understand ourselves better.
Email Post