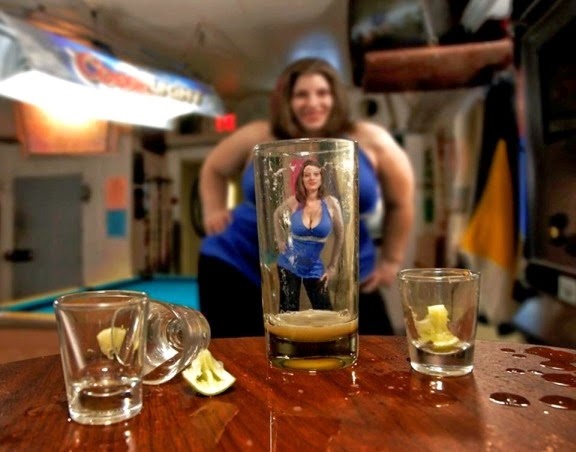 Last week, I was invited to be the expert in a location shooting of TV5's Demolition Job hosted by Paolo Bediones. The crew was experimenting on the "beer goggles effect" with a drunk man and a drunk woman. After showing multiple pictures and live men and women to the two "drunk" couple, they investigated whether the "beer goggles effect" is true. The results were extremely mixed and inconclusive.

The "beer goggles effect" is a slang phrase used in informal language to refer to those who found members of the opposite sex more attractive after drinking beers. According to some psychology research in 2002, results showed that alcohol harm a person's perception of facial symmetry. In 2012, other psychology researches as well as in media circles have dubunked the theory of "beer goggles effect." They found a reverse beer goggles effect - people who get drunk by beer feel they are the ones who are more handsome or sexy. Even people tricked into thinking they had drink when not, also judged themselves as more attractive.

Based on the mixed results of psychology research, the "beer goggles" then don't apply to all and can be considered untrue or a myth. What is true is the scientifically proven neurotoxic effects of alcohol on the brain. Like other drugs, alcohol has the ability to distort reality and increase risk-taking. Add to that, a person who has a "PRE" condition of psychological instability, sex addiction "goggles," or character illness is much more likely to have a distorted sense of reality and manifest other behavioral disorders after getting drunk.
Email Post