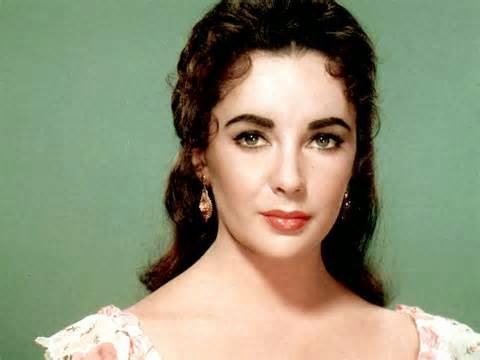 Describing her self as an actress, Taylor said: "The Elizabeth Taylor who's famous, the one on film, really has no depth or meaning to me. She's a totally superficial working thing, a commodity."

These publicized statements capsulize Taylor's self-definition or self-esteem amidst her beauty, talent, material riches, and fame. The famous, wealthy American actress married 8 times to 7 husbands. She also had many romances outside her marriages. She owned so much materially, including a 33.19-carat (6.638 g) stone, formerly known as the Krupp Diamond, which was later sold for US $ 8, 818, 500 after her death.

At first, you might think, Elizabeth had everything yet possessed a bad attitude. But did she? Could she be on something profound? You've got to give Elizabeth credit. She was attempting every way possible during her lifetime to find what she was looking for. She was definitely a toast riding around the world, yet poor Elizabeth can't find gratification anywhere.

Elizabeth missed an essential secret in life and wholeness. All her life, she had been looking for gratification or happiness as well as her sense of self-worth in the wrong places. Unfortunately, she still came up empty and frustrated till the day she died. Ah, now that, my friend, is a lesson we all need to learn.