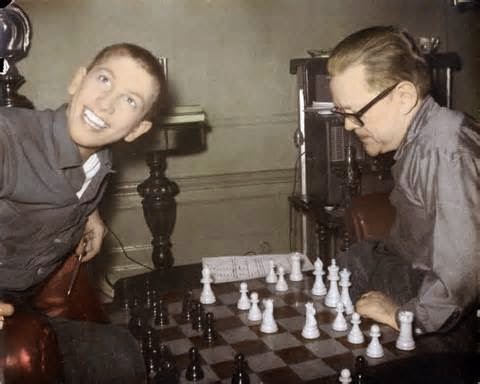 Chess therapy is now used by numerous psychotherapists and doctors. It has become a popular creative psychotherapy technique in the past 20 years. This therapy has been known to produce positive results with children who have bipolar disorders, depression, ADHD, and neuro-behavioral disorders.

Chess therapy is a form used to form bonds between the psychotherapist and his/her clients. It is an alternate diagnosis for neuro-behavioral and mental issues that a client may suffer from. Chess therapy helps in cultivating an intentional rapport and connection between the psychotherapist and his patient to help him through any psychological or emotional problems that he may be facing.


Unlike other forms of therapy, chess therapy does not require the patient to lie down on a couch and pour his heart out to his therapist. Chess therapy involves active participation from both parties―the client as well as the therapist―to engage in a game of chess.

One time, Mark, a university-educated young man from Italy, visited me in the hospital. He's hungry for chess and wanting to inquire about chess therapy. When he arrived, I asked him to join my group session and share a bit about himself. After a short conversation, he's truly a "philosopher" guy immersed in heady ideas and abstract concepts.

But, most of all, Mark was going through some emotional difficulties and seeing me for psychotherapy to unpack his unexplainable psychological blocks. His preferred way: chess therapy. Chess did fit him despite his seemingly normal exterior or mindworks. It can be good emotional therapy too for "philosophers" to play chess.

Wikepedia reported, "One of the earliest reported cases of chess therapy involves the improvement in an isolated, schizoid, 16-year old youth that took place after he became interested in chess. Chess provided an outlet for his hostile impulses in a non-retaliatory manner. Good use was made of the patient's digressions from the game and his newly acquired ability to speak about his feelings, fantasies and dreams which the particular emotional situation of the game touched off. The report demonstrates how the fact that chess is a game, and not real, enabled the patient to exert some conscious control over his feelings and thus learn to master them to a limited extent." 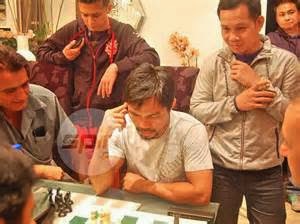 World Boxing champion Manny Pacquaio's Therapy
before and after fights. 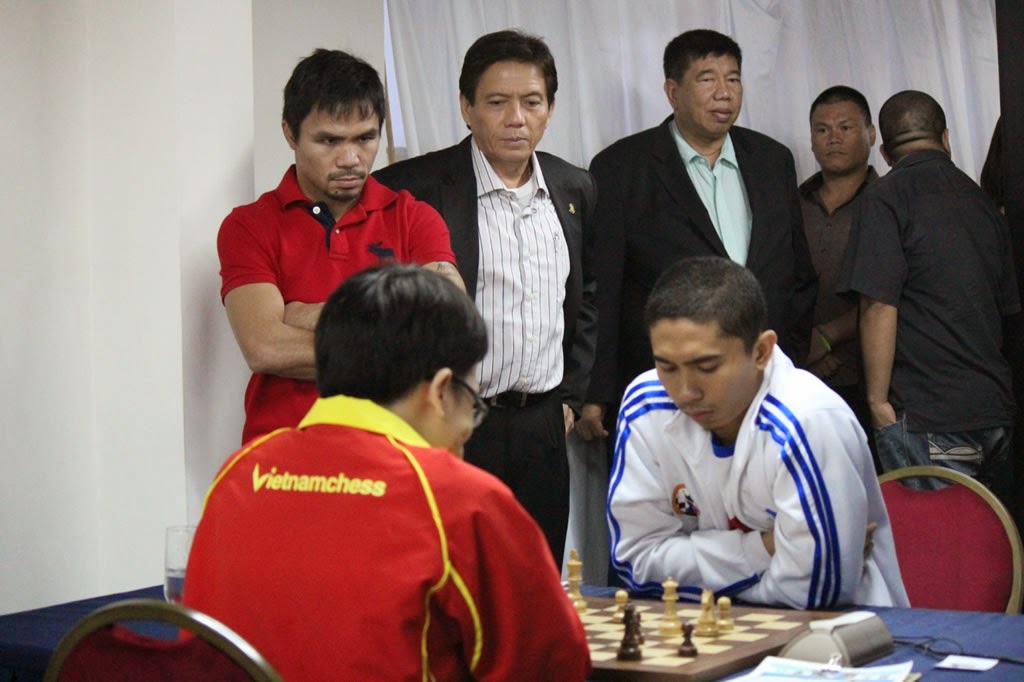