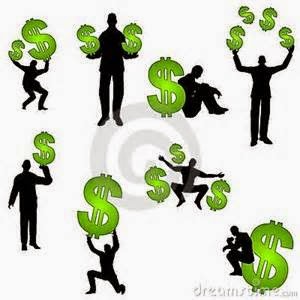 Let me tell you something that might sound radical to you: we all live in an addicted society. Society contributes a huge part into the corruption, dysfunction, or breakdown of individuals and families in our world. Would that be so difficult for you to grasp?

One time, I was speaking to a seasoned 80-year-old veteran lawyer. Constantly exposed to human corruption in his decades-long legal practice, he expressed deep disappointment over people and society in general. At one point, he quoted or paraphrased Emerson, to describe his experience, "Everyone in society is a prostitute. It's just a matter of price."

Several days ago, Norma came in to see me for "relationship" counseling. She has two boyfriends, and is struggling and hurting over her sex addiction. Often, sex addiction finds its origins in childhood abuse or abandonment.  In Norma's case, she was raised in a normal home with attentive, loving, and godly parents and no evidences of molestation or some trauma. Some other significant factor then contributes to her condition.

Norma described herself as still being sexually innocent when she went away to the city for work after graduation from college. She rented space in a boarding house and was exposed to pornography and sexual promiscuity for the first time. Her fellow female boarders would watch X-rated movies and she discovered their "phone sex" and going out with multiple men for paid sex. In time, Norma "eased into" the addiction gradually through repeated exposures to pornography and sex around her.

Now, aren't these representations of how society helps condition us toward addiction and psychopathology?  In the media, in the world of business, in politics, everywhere, people are "objects," not persons. Its essence is dehumanization, which encourages us to use people and sell our self for decorative and consumption purposes. As Madonna put it, "We live in a material world, and I'm a material girl." Human dignity and authenticity be damned.

Think, for a moment, just take a look around you. Society is diseased. This is one part of the reason why countless human beings get wounded and break down - emotionally, mentally, spiritually, and physically. Every addiction nowadays is traceable to the addictive virus present in the kind of society and world we live in. It's not "out there," it's everywhere.

We all need redemption and healing from this. But first, we all need to see it as it really is.