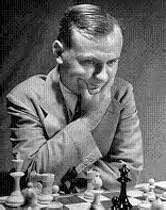 Yesterday, during a break in my hospital group session, I was interviewed by TV reporter/producer, Serafin Gozon, of GMA 7 State of the Nation of Jessica Soho on the subject of "Art Therapy." I commented to the reporter that art (i.e. drawing, writing, sculpture, dance, music, singing etc.) is an expressive medium, a symbolic speech, that is effectively being used in psychotherapy to explore hidden, internal distresses and emotional pains.

In fact, even before its formalization as "art therapy" by the behavioral sciences, art is already being used by millions of people for thousands of years for their own personal growth and "survival." I'd like to describe art as some form of "defense against life's misfortunes." It's not the actual cure yet but it can serve as bridge to go to the roots of psychological/emotional disorders in mental health treatment.

I also mentioned art therapy through chess in that TV interview. I do chess therapy as one of my art forms in psychological practice. Chess, though an ancient game, is well written about as a form of art that is capable of comforting, extracting, or sublimating psychological wounds. Dr. Reuben Fine, a chess grandmaster, world champion contender, and clinical psychologist wrote "The Psychology of the Chess Player" (1958) that delves deeply on the interaction between chess and a player's psychological state or possible issues.

Here is some excerpt of Dr. Fine's writing on the psychology of the chess player:

The symbolism of chess lends itself to this rivalry in a most unusual way. Central to it is the figure of the King. [In chess literature it is customary to capitalize the names of the pieces, and I shall adhere to this practice.] The King occupies a crucial role in the game in all respects. It is the piece which gives the game its name; for, chess is derived from the Persian shah meaning King, and is more or less the same in all languages. In fact, the three universal words in chess are chess, check, and King, all of which derive from shah. All other pieces have varying designations in different languages. Thus, Queen in Russian is Fyerz, which has nothing to do with woman; Bishop is Fou or jester in French, Laufer or runner in German.  (See continuation of article).
Email Post
Labels: art therapy through chess chess therapy counseling psychotherapy Manila Philippines filipino counselor filipino psychotherapist