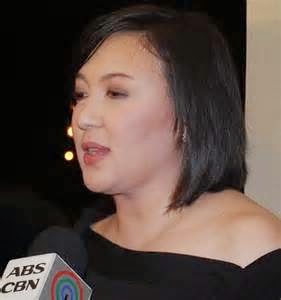 Filipino megastar, Sharon Cuneta, has recently admitted in the media that she's going through a "midlife crisis." She said that she lost faith in her self. "I hated myself for the way I looked and the time I continued to waste by not focusing and working on bettering my own person," Sharon honestly confessed. She added that she became complacent about her weight battle and she apologized to her fans for "letting them down."

"Midlife crisis" is a term coined by Canadian psychologist/psychoanalyst  Eliot Jaques in 1965. It's referred to as a time of life (from age 40s to 50s and beyond) when a person realizes his or her own mortality and the limitedness of time left. Such transition is usually triggered by stressors related to career, marriage, physical appearance or changes associated with aging, romantic relationships, financial expenditures, work-life balance, among others.

Based on empirical studies in adult development psychology, this so-called "midlife crisis" is not a universal or even near-universal phenomenon.  One noted study, for example, is the normative aging study by Costa and Mcrae in the 80s. The middle-aged persons in their study were followed from their early 20s throughout their adulthood. And they found out that the only ones with a "midlife crisis" (i.e. depression, despair) were the ones who, in their 20s, were also depressed and anxious.

The way I see it, the so-called "midlife crisis" is two things that makes it a myth:  1. It's not related to "age;" and 2. It's proven to be not a general phenomenon applied to all. If you're so depressed or desperate in your 40s, 50s, and beyond, there could be many underlying causes for this. And the least of these causes is your "age!" You've likely experienced countless crises in your adult years where you missed growing or developing strong psychological boundaries. In cases like this, once a crisis-prone individual, always a crisis-prone individual, no matter what age you turn to.