Such a warm, peaceful Tuesday afternoon. A cool, quiet drive with a TV reporter to one part of the city. As we entered the gate of the Women's Correctional, I sensed something up ahead. Before I realized what it was, it flashed before my eyes - I could see it now ... the color-dressed woman inmates, some staring at me, some smiling at me. I don't mean to be grandiose, but I felt they're not that different from those outside. And by seeing so, I saw a part of me as well.

My TV researcher guide, Georis, served as my cheery informative usher into a populous facility. My first ever visit here. The TV crew and staff were all over, already setting up. In a few moments, I was handed a "case study" transcript about one who they described as a "decent-looking, hi-society, pretty criminal." Along with lunch food, Georis made me digest the story of a wrecked life. So what appeared to be a curiosity visual tour of a place I'd never seen became a day of silent therapeutic reflections. Of course, it had been worth it.

Monica (not her real name). Over 6 years now, she's imprisoned in the Women's Correctional. Her case: robbery, estafa, and faking death. She stole millions worth of cash and jewelry. She hid and escaped legal prosecution and imprisonment by staging her "death" - violently, crazily, and fatally. Coached by her lawyers, she bought a corpse and burned it along with her car, and produced a fake death certificate. After 3 years of successful hiding, the police and NBI caught her that turned out to be a sensational media story. That's the Monica they're featuring in the upcoming episode of GMA 7's popular tele-drama "Magpakailanman."

Before my on-camera TV interview, I sat in a sofa near inmate Monica in real person. We chatted. I asked her questions, some too personal or "dangerous." Monica just smilingly responded. She was friendly, although she appeared to me to be kind of nervous. She honestly shared that her husband and three children practically abandoned her for years onwards while she's in prison. Her husband never visited her since he caught her having an affair during her incarceration. My mind swirled around images of how she has been healing. Naturally, I wondered about what else she thinks and feels living her life as a rehabilitating woman "criminal" in the Women's Correctional. I imagined my pulse shot up a bit that I had to take a grip of my fingers while speaking to and knowing more about Monica.

Enter Mel Tiangco, TV host of "Magpakailanman." She asked too many difficult questions. One, among others, Mel asked referring to Monica, "Dr. Subida, how come a good-looking woman who comes from a decent, well-to-do family will choose to rob, do illegal and criminal activities, and even fake her death?" I responded by saying that crime is not dependent on appearance or gender; it's a non-physical, psychological "wound." Even prior to everything that happened, this ancient character "wound" was already existent. Monica never knew how to deal with her "wound," so she went to the wrong activities, the wrong people, the wrong places -- a life of crime - to medicate her "wound."

The world is full of wounded individuals who choose to pursue a life of crime. In psychological treatment, criminal minds are classified under ASPD or antisocial personality disorder, also referred to as sociopathy or psychopathy. It's characterized by strong toxic traits such as conning, deception, lying, reckless disregard of safety of self and others, violence, and an impoverished, numbed conscience. Due to the nature and severity of the disorder, it is often good in simulating remorse rather that truly desiring to change. ASPD is one of the most difficult dramatic/erratic mental disorders to treat based on the DSM diagnostic manual.

"Is there still hope for them to change?," the TV host asked.  Of course, there is always hope for any criminal while there is life. You can choose to heal, grow, and deepen as a truly transformed human being despite what was done in the past. The past does not have to define your present and future. There's no reason to stay in crime or wounding a minute longer. The escape route is clearly marked. It can't just be psychological/emotional relief or better circumstances. It must lead to the cross ... where you find the only One greatest Psychotherapist who ever lived that can bring you true wholeness, inner fulfillment, and lasting peace.

Fortunately, Monica met this Psychotherapist in the Women's Correctional. She is healing, changing ... hopefully, for real this time. 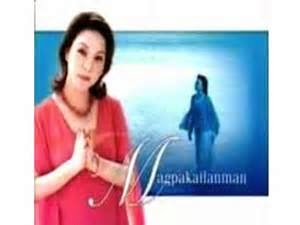