Are You Weary Waiting?

Waiting is part of healing. You'll never know when the breakthrough comes. The deep process of recovery is unique to each individual. If you are a loved one/caregiver of a distressed or sick person, you simply continue to love ... until your loved one "gets it" and receives the light. 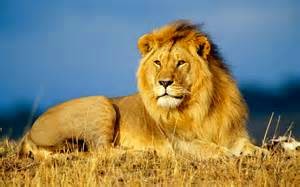 Let me tell you the story of the LION and the TURTLE.

The LION holds a conference of all animals in the jungle. He calls the TURTLE and puts her beside him. He tells all animals, "I want each of you to tell the TURTLE a joke and make her laugh. If she doesn't laugh with your joke, I eat you!"

Next after, a beautiful deer bursts into the scene ready to tell its joke to the TURTLE.  But, even before the deer can tell its joke, the TURTLE is already laughing her heart out. The LION is puzzled and asks the TURTLE, "Why are you already laughing; the deer has not started telling its joke yet?" The merry, merry TURTLE responded, "It's so, so funny, that joke by the monkey!"

People can be like turtles, you know. In due time, they'll "get it" and respond to your love.