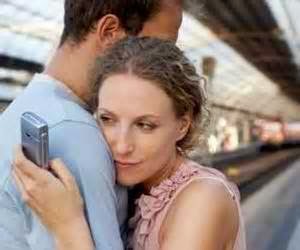 Infidelity is deeply embedded throughout the fabric of media and culture. From television programs to the pages of magazines and newspapers to online sites, infidelity is all too common. It's even being glamorized among youth.

Even in literature, we're conditioned not to be shocked when we hear infidelity. Consider this author who wrote a book, "How To Cheat On Your Wife and Not Get Caught," making the rounds of TV talk shows. He teaches "how to lie successfully," "how to avoid feeling guilty," "how to have edge over your suspicious wife."

What's more, statistics evidence this infidelity trauma virus in our midst. In the general population, some reports suggest an astounding 50-65% of husbands and an equally shocking 45-55% of wives have had extra marital affairs by the time they're 40. That's not to mention the under-reporting of cases due to the stigma attached to such behavior. Regardless of whether the numbers are high or low, the incidences of infidelity and its resultant destruction of lives are lethal and alarming.

The wound is so sensitive, complex, and stigmatized that most couples will need professional, outside intervention. As one couple testified, "We would never have made it without therapy and counseling! I'm sure we would have given up or not known the path to follow."

Unfortunately, trained therapists and counselors in this area are so few. According to one major study of psychologists and therapists, only 13% were classified as having some competence handling infidelity cases. Even among priests, pastors, and churches, there are evidences of widespread incompetence or inability to help that only make things worse for couples.