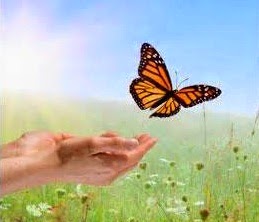 Forgiveness and trust are two totally different things. Neither one is dependent on the other.

Forgiveness of debt is helpful as a therapeutic tool. It's been effectively used for treating a variety of clinical disorders. These include specific conditions such as mood disorders, impulse control disorders, and  adjustment disorders. Within the past three decades, psychotherapists, social scientists, and other practitioners have become increasingly interested in forgiveness and its potential for improving personal well-being and interpersonal relationships.

Manny's wife broke his trust. He discovered that his wife had been having an online affair with a foreigner. After verbalizing "sorry" and coming with Manny to a therapist, she continued to lie, deceive, and communicate with the other man. When he found it out again, she fled to the country where the paramour was working and lived in with him. Manny's wife takes the affair onwards - faking documents, progressively poisoning the minds of their kids, and manipulating elements of their environment in order to blame him and conceal the adultery. Manny's wife is a realistic picture of a sick woman.

Understandably, Manny is emotionally devastated. There's been so much anger and depression. But in order to heal, Manny needs to learn to forgive his wife despite the ongoing affair. His forgiveness is not dependent on his wife's stopping the unfaithfulness. Forgiveness is simply setting down the load, never to pick it up again within. However, learning to forgive his wife does not mean Manny has to trust her again. Possibly, Manny will not be able to trust his wife again because she continues to betray his trust. 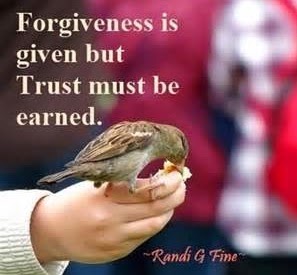 Forgiveness plays a big part in personal healing. You forgive for your sake, not for the other person. Forgiveness however does not mean you have to trust the other person again. Trust is earned, based on objective evidences of remorse. Choose to heal and be free by forgiving.