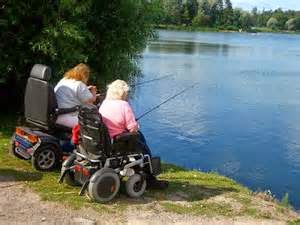 Many damaged emotions are deeply buried in layers of memory. At times, hurting people won't respond to traditional therapy, counseling, or hospitalization. In fact, in some cases, the traditional ways can discourage even more and deter people from experiencing the healing they so desperately need.

I'm reminded of a true story of a woman confined in the mental hospital for 30 years. It was told by Ruth Stapleton, sister of former U.S. president Jimmy Carter. One time, this long time psychiatric patient was brought to Ruth. The patient couldn't communicate and was in trance-like state. This was one of the reasons why she was considered a hopeless case.

Ruth brought the patient down by the lake in the sunshine. There they talked in front of the lake amid the grass. The patient drank in the natural therapeutic effects of sun and water. While there, Ruth reached over and held her hand. And she started praying audibly even when the patient was unable to relate to her.

After some time of Ruth's inner healing prayer, the patient suddenly screamed. The woman remembered that, at the age of 12, she was raped by her father. This memory she had never shared to any psychiatrist or therapist. In over 30 years of psychiatric treatment, none of this patient's buried memories and hurts were successfully dug out.

You and I can learn a healing lesson here. Even an inexpressibly tragic, damaged memory can be healed when exposed to prayer and the person of the Greatest Psychotherapist who ever lived.
Email Post
Labels: counseling psychotherapy Manila Philippines Filipiino counselor Filipino affair recovery filipino life coach filipino psychotherapist marital and relationship therapy Manila