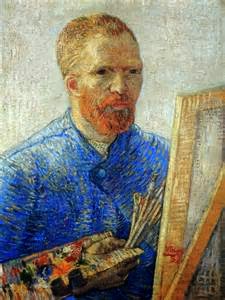 Somewhere in the 1890s, this extremely artistic nonconformist painter shared his interior canvass, "The sadness will last forever." Later, at age 37, he was believed to have shot himself in the chest with a revolver. He died in the evening 29 hours after he supposedly shot himself.

Few know of Vincent's spirituality despite his psychological state. Around age 30, he had a Christian conversion and was known to read the Bible and sing worship songs. He found inspiration in John Bunyan's "Pilgrim's Progress" and Thomas a Kempis' "The Imitation of Christ."

What happened to Vincent? you may ask. You read his biography and you discover that he has had life deforming disappointments of all sorts. He was alone. He was a victim, got wounded, and in need of special care. Yet he got injured, rejected, and betrayed by a lack of response in the church. Instead of being taken cared of, he was shot by the very people who were supposed to be instruments for his healing.

It's a pattern I have often seen. Like others, Vincent sought to be whole and serve God and then got hurt. Right after, he stopped trying. He stopped growing and focusing his spiritual and psychological lens. Vincent's story also confirms that life is meant to be lived and healed in a community taking the high road of support, encouragement, and unconditional love.

Get your FREE copy (pdf) of Dr. Subida’s latest book for a limited time only!

Send your request to: psychotherapy@drsubida.com.