Are You Being Hoodwinked By Medicine?

Medicine in the form of pharmaceutical drugs plays a significant role in countless lives. Such as among the elderly or seriously ill.

But the truth is, it can be just as much a curse (causing disability or death) as a blessing (especially in severe cases and diagnostic purposes).

We live in a world of "pharmageddon!" And statistics say that prescription drugs are killing far more people today than illegal drugs. 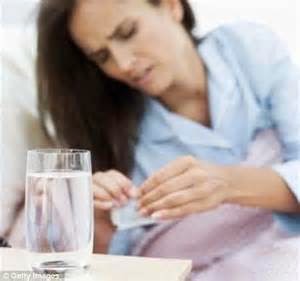 In treating mental health patients, I've witnessed a number of them drugged by psychiatrists, which produced more ill health than health.

A case in point was a friend of mine who chose to agree to every drug her doctor gives her for her depression and anxiety. She never recovered from decades of brain medication.

She actually got worse than before she took the drugs, getting in and out of a psychiatric or psychological facility, and finding new diseases inside her body.

If you're not careful, "problems" can do appear that were not problems at all. Especially after indiscriminate approval of every drug, test, diagnostics, or procedure by your doctor or in the hospital.

I'm reminded of this actress who died just recently. Her slippery slope began, where each drug and test given to her led to another.

Sooner, one of these chemical interventions inside her body may had proven fatal, possibly by way of drug interaction, infection, or surgical complication.

I've been thinking, how come, hundreds or thousands of years ago, people lived for so long and died even without much medical attention at all.

In some, even when their life span had been shorter, they lived meaningful and fruitful lives.

Certainly, they had something else to account for their health apart from reliance on medicine or medical professionals.