Abusing Kids By Giving Them Too Much 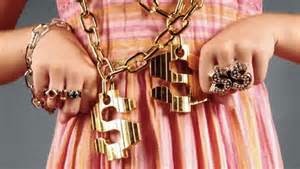 I woke up this morning thinking about a mother and son in my session not too long ago. Well, it's like watching a story in a movie. Expert clinicians in the psych field have dealt with their condition, which they call "affluenza" or "rich kid syndrome."

Entitlement. Addiction. These two words pretty much describe the current condition of the now middle-aged son. A college drop-out and never held a job in his life, he has become addicted to drugs, alcohol, car racing, women, and casino gambling. Heir of family wealth, he feels entitled to too much money without having to work for it.

The mother brought her son to me because she's confused about what's happening to him. For over a decade now, her son has been under psychiatric medication, in and out of psych facilities. She doesn't see her son recovering but worsening day by day with depressive and nervous breakdowns. Since he was a little child onwards to adulthood, it's his mother who'd be by his side, protecting and insulating him with access to lots of money, bailing him out when he does something wrong, and seeing to it that everything is done for him.

As it turns out, the mother never realizes the "abuse" she's been doing to her son for so many years. When I started inviting them to explore the "roots" of their situation, they got nervous. The mother stopped me. The son did not want to let go of his usual "comforts" so he can begin healing. Truth hurts. Both mother and son, in this case, are in dire need of appropriate help and support. Unfortunately, they rejected it and would rather prefer to remain in bondage and misery outside of truth.

Let's stop for a moment and think about our own family situation. Our parenting. Our children. Do we abuse our kids by giving them too much? By the way, this disease is not only common among the wealthy or middle-class families. It can be as common too even in poor families. It is no respecter of persons or status. It's a hot battle in the mind.
Email Post
Labels: addiction therapy and counseling Manila counseling psychotherapy Manila Philippines filipino counselor filipino life coach filipino psychotherapist parent child counseling therapy for Filipinos