When I was much younger, I used to play chess a lot. My eventually becoming a youth champion chess player was due to the inspiration of one man and his games on the artistic side of my mind.

He was brilliant. Clearly a child prodigy ... the pride of Brooklyn ... considered the greatest world chess champion who ever lived. His official name was Robert James Fischer. 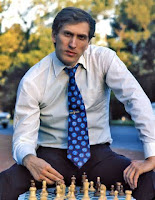 He was 64 when he passed on. He was then living in isolation in Iceland and in exile from his home country, the USA. He carried a lot of unresolved personal issues, unprocessed pains, that affected him deeply. He died with a psychotherapist by his bedside, holding his hand.

By the time everyone in the world bothered to inquire, the location of his grave was already set in an obscure place. No grand flowers or candles to burn. No funeral service, no tourists to gather. 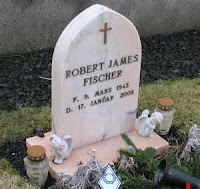 Fischer has joined the ages of eternity - forever absent from our eyes. He is gone.