Over the years, I've always been engaged in helping hurting men and women do a radically different way of seeing circumstances. This happens the most especially when there are high expectations and they get extremely upset about certain events in their lives. Of course, when there is trauma or a deep emotional wound, the need to re-view life becomes obvious in order to survive. In the psychotherapy field, this type of conscious and intentional change of perspective is called "reframing." 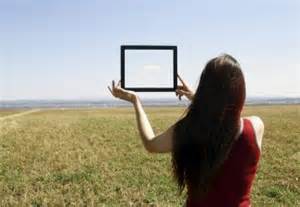 Sheila greatly benefited from reframing her past. For many years, she struggled with severe depression that stemmed from a difficult childhood, parental abandonment, and marital divorce. Her parents physically and emotionally abused her. Sadly, she received the same type of treatment from her husband whom she eventually separated from. As the years go by, Sheila became more and more out of control in her rage and violent behavior.

Fortunately, Sheila sat down with a psychotherapist who helped her reframe events from her past. One way the therapist did this is to ask her to see the reality of the family of origin of both her parents and her husband. There, Sheila discovered that all of them - her father, mother, and husband - were abused themselves while they were young. Her therapist explained to her that when they hurt her, they were all doing it out of their unresolved, unmetabolized psychological woundedness.

It was a miraculous moment for Sheila as she reframed the horrors of her past. She learned that she cannot change the events of her past but she can change how she experiences them in her present. While she tended to see herself as a victim, she began to see herself as a victorious survivor. While she tended to demand vengeance or apology, she needed nothing anymore from those who hurt her. She reframed her tragedy, healed her toxic emotions that resulted, and then refocused her life.

Today, she's a psychotherapist her self!  Not wasting any of the pain and struggle she went through, she now speaks to victims and survivors of trauma, parental abuse, divorce, and acts of physical and emotional violence. She became an inspiration to many fortunate enough to engage with her. It all started with reframing her tragedy in a way that it could be used to make her stronger rather than further damage her.