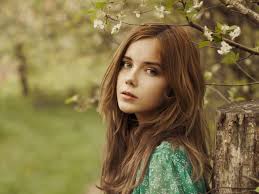 Angelita had one of the prettiest faces we can ever see. Her voice was weak and fearful as she spoke about her self. She kept leaning her head down saying, "I feel ugly." She kept apologizing ... she's so lonely, wrestled with inferiority, thoughts of suicide, and a loss of self-respect.

She never felt wanted in her life. Her mother and father placed her in the hands of a stranger when she was born and walked out of her life. They left no clues regarding their whereabouts and no promise of return. Years passed. Angelita's parents never appeared any more.

Angelita became a juvenile delinquent. Misery stalked her. She lashed out at the world, took alcohol and drugs, and became promiscuous. A number of times, she attempted to end her life. Her parents' absence was simply unbearable. Suddenly, she decided she'll look for them. She'd search and find them. And she did! She walked back into her father's and mother's lives one rainy day ... but sooner than she expected, she discovered she still wasn't wanted by them. Her parents waved her goodbye forever.

Since that darkest moment in her life, Angelita walked the streets and hunted unsuccessfully for employment. Here was a girl so confused, completely disillusioned about life ... and terribly in need of being accepted and wanted. She almost broke down and became totally "crazy." Because she's unwanted, she's convinced that her life was wasted, useless, and a bother. Strange though it sounds, she shouted to the skies and asked why this is happening to her.

Then, one day, Angelita passed by a hotel. She heard people singing and a voice on microphone speaking the Word on psychological and spiritual healing. Ushers invited her in, embraced and welcomed her lovingly. After sitting for a couple of hours, she learned of therapy and healing for the mind and heart through the unconditional love of the Father. She understood the salvation and healing message of the Father in heaven for her life through Scripture mentioned in the Healing Workshop.

When she recounted what happened, Angelita mentioned one psychotherapy verse cited in the workshop that left a lasting imprint on her: "And the peace of God which surpasses all understanding will guard your heart and mind in Christ Jesus" (Philippians 4:7). That moment, when she learned of that verse and understood the Word, Angelita gave her life to Jesus as Savior and Lord. Since that day, Angelita found great hope for the future. She embarked on a journey of mental and spiritual healing with the counsel, support, and unconditional love of her real Father and new-found friends.