Have You Been Infected With The "Affluenza Virus?"

When I met Walter, he was thirty-five years old. He worked for one of the country's billionaire companies and had been receiving six to seven figures income. Believe me, despite his affluence, he was very angry, paranoid, pessimistic, and dissatisfied with his accomplishments. He did appear to be a most emotionally distressed man on the planet.

In his bestseller book, "Affluenza," author Oliver James describes an epidemic of "affluenza virus" sweeping through the whole globe, especially the English-speaking world. James reveals how issues like consumerism, property fever; the obsessive, envious, keeping-up-with-the-Joneses, lead to life-damaging choices and situations. "Affluenza virus" entails placing a high value on acquiring money and possessions, looking good in the eyes of people, and wanting to be famous and admired.

As I write this, I'm reminded of a young single mother who sought me for counseling. She was wealthy by most people's standards. She held a very lucrative, fascinating job. Living in unimaginable affluence and tech sophistication, she never seemed to have enough money. She'd often compare what she owned with what others own. She wanted more luxury in her life. Shopping or thinking what to buy greatly preoccupied her. When she saw me, she was having a nervous breakdown, not knowing where it's coming from.

Reflecting on this fast spreading virulent virus stalking the globe, I see that its deadly effects can make people prone to mental health disorders. Just as having the AIDS or HIV virus places you at risk of developing physical illness, infection with the "affluenza virus" increases your susceptibility to mental and emotional diseases such as depression, anxiety, obsessive compulsive disorder, addictions, sociopathy, and personality disorders.

This is a serious, deadly epidemic. And it leads me to an unavoidable and potentially therapeutic prescription: to protect our mental health, we need to learn to pursue our needs rather than our wants. 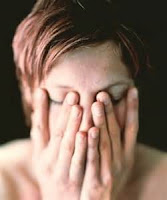