When Real Needs Sleep Inside Us

In the late 1960s, Dr. Oliver Sacks began working in a New York mental hospital. He treated patients in a ward called the "Garden." It was given that name because the patients existed as "human vegetables" to be fed and watered. They were viewed to have no brains, unthinking. Some were paralyzed, others showed bizarre behavior. 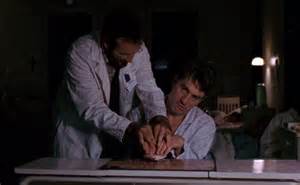 In his decades of study, Dr. Sacks made an astounding discovery:  the "Garden" mental patients were actually aware and conscious! They were suffering from severe Parkinson's disease, which disabled their functioning. But, when given strong medicine to treat their Parkinson's, Dr. Sacks found that the patients could actually think, feel, and observe from within themselves. They were capable of being involved with those around them in profound ways. Their mind was actually alive!

In 1972, Dr. Sacks chronicled his findings about the "Garden" in the mental hospital in his bestselling book entitled "Awakenings." Then, about 20 years after its publication, the book became a major film, starring Robert de Niro. Dr. Sacks' work became a classic, influencing the thinking of many doctors, scholars, and philosophical minds in the mental health and medical field.

To me, Dr. Sacks' classic discovery paints a portrait of the mental and emotional state of countless individuals. Like the patients in the "Garden" where Dr. Sacks worked, our needs can be lost somewhere, buried inside us. We can be emotionally disconnected. We feel no "connections" to the real world. We lack a genuine, deep, nourishing attachment to others. Needs sleep inside us.