I call some parents "ghost parents" because they haunt children and homes they neglect, deprive, or leave behind. Yes, they exist. But you and I may not easily know what it really is and their destructive effects.

Most "ghost parents" are male, but some are female. You heard of parents who didn't become involved in the lives of their children. Some are distracted or distanced by money or work, others by affairs. Some are separated or divorced, some see child-rearing as beneath them. Some are abusive, emotionally and even physically. 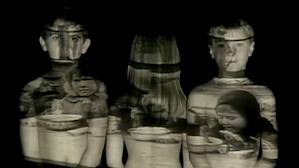 In the Philippines, we have a social reality called the "OFW phenomenon."  I know of an OFW mother who had an affair and traded her three very young kids for that and an overseas job in the Middle East to join her affair partner. Emotionally traumatized, the youngsters grew restless and confused, waiting long hours every day by the house gate. They were simplistically told that Mom works abroad “for you” (omitting the adultery detail).

Reliable government statistics show a rising rate of broken marriages and families among OFWs. A number of years ago as head of a national association of colleges, Dr. Vicente K. Fabella studied the impact of OFWs’ family separation. His study showed that one in every four OFW spouses separate. And up to two in five OFW children drop out of college because of lack of parental guidance.

Am I stepping on some toes as I write this? Very good! I join a global mental health battle to save the seed. "Ghost parents" are definitely one of the frequent and most damaging sources of psychopathology among individuals, marriages, and families today. I bled for all the children of "ghost parents."