Trust Begins In The Womb 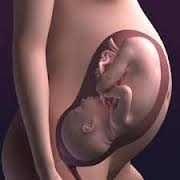 Yesterday, I was sharing with a couple that the first stage of trust begins inside the mother's womb. Not after birth, based upon current research in prenatal psychology. Inside the mother's womb, the fetus-child is already sensitive to the love of both mother and father even long before actual birth.

As I continued processing with the couple, I discovered how much their own individual histories of conception, infancy, and childhood have been hurt by inadequate parental love and trust. As a result, due to incomplete healing of ancient hurts, this couple find themselves continuously hurting themselves and each other in the present.

Psychotherapists R.D. Laing, David Cheek, Frank Lake, and D.S. Winnicott believe that most mental disorders begin in the womb. This includes psychosis, a most serious form of mental illness in which a person has completely withdrawn from reality, as well as the less serious one, neurosis, which characterizes a lot of many others. They did find a direct one-to-one link between severe stresses in the mother during pregnancy and later psychopathology and emotional problems in the child.

One of the most dramatic illustrations of this is the work of psychotherapist Dr. Andrew Feldmar. He had patients who each attempted suicide every year, which he discovered would be the anniversary of their 2nd or 3rd month in the womb. When Dr. Feldmar investigated their histories, he discovered that the dates of their suicide attempts were when their mothers attempted to abort them during conception.

Dr. Feldmar also discovered that, not only was the timing of each patient's suicide attempt a "Deja Vu" of an earlier maternal abortion attempt, but even the methods used were similar. One patient whose mother tried to kill him with a needle attempted suicide by razor blade. Another, whose mother had used chemicals, attempted suicide with drug overdose. When Dr. Feldmar helped his patients to realize that their suicidal attempts were really long-hidden memories of their mothers' attempts to kill them while in the womb, they begun to heal and be free of the compulsion to commit suicide.