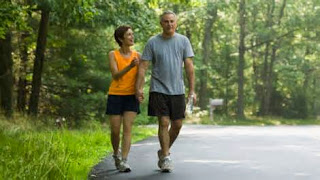 "Do what you like. You're always right!" says a disturbed wife to her raging husband. Upon hearing that, the husband withdraws and stops talking to her for weeks.

As a therapist, I've found that the more covertly and indirectly people communicate, the more wounded and dysfunctional they become. Communication goes underground. They do not agree overtly but at the same time disagree and even attack each other covertly.

Married couple Lita and Joey are dysfunctional to an extreme degree (children of abusive parents). Mary keeps saying to me that she tries so hard to "fix" her husband and make him productive. As a result, Joey ends up living what he thinks she wants from him. He gives control of his self to Lita, while deeply resenting it inside him. In effect, Lita and Joey find themselves acting like a parent one minute and a child the next. Each is trying to cover up his/her disappointment. They never truthfully manifested themselves as individuals to each other.

Without clear, truthful communication, we as humans will be unable to survive in relationships. Communication is interaction. It's a process of giving and receiving information. It involves not just verbal but also nonverbal behavior and meanings within the social context. In order for communication to be healthy in our relationships, we need to let others know what really is going on
inside us.