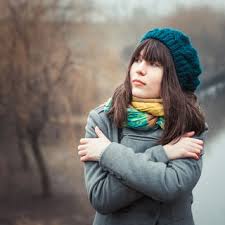 Unloving mothers. Abusive mothers. Absentee mothers. Evil mothers.
Mothers are precious. Society, in general, appreciates and values them dearly. And, rightly so. Without them, lives will not be born and welcomed into the world. Yet life’s reality has a dark side. We are all imperfect humans, including our mothers.
Cynthia has a repeated mantra during our sessions:  “I feel unworthy.” Upon deeper processing, she eventually realized that her lack of confidence is a reflection of her internalized maternal voice. Since birth and childhood onwards to adulthood, Cynthia experienced abuse and rejection from her mother. This critical maternal voice is always there and takes the glow off her becoming a mother herself and even in the wake of financial success. Now as an adult unloved daughter, Cynthia still allows her mother psychologically and emotionally to dictate her view of her self.
During therapy and counseling, she began to have structure and meaning to see more clearly what has happened to her. She learned of her need to rewrite her own story as a bold act of redemption and healing. Becoming the writer of her own life and selfhood, Cynthia finally helped herself through her own eyes painting a coherent, realistic picture of her mother. This then improved her moods and helped her better manage her formerly unmanageable emotions.
Healing the damage of an unloving mother on a child’s sense of self is indeed an enormous issue for most. Yet it can be done as evidenced by countless testimonies of lives transformed. Through appropriate support and help, a wounded adult child can finally be a “grown-up” – firmly and gently at the same time – making it clear what to do and expect from his/her mother and his/her self.
Email Post
Labels: addiction therapy and counseling Manila counseling psychotherapy Manila Philippines marital and relationship therapy and counseling Manila parent child counseling therapy for Filipinos Manila