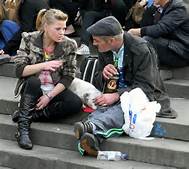 The psychological defenses that addicts use to avoid dealing with their addiction are typically deep and complicated. Most people, faced with someone who's talking and behaving irrationally, the first inclination is to confront and even rage.

Unfortunately, I've observed so often that directly confronting an addict almost never works. I say this because an addict is not even consciously aware that he is using psychological defense mechanisms to avoid dealing with his problem. Such defenses make the addict unlikely to believe anything you tell him.

There are varied types of psychological defense mechanisms. Addicts in general tend to use more frequently the following more than the others:  denial, rationalization, externalization, all-or-nothing thinking, acting out, passivity, conflict avoidance, comparison, claim into health, among others. When an addict uses his defenses, it enables him to put the best possible face on a terrible situation.  At the same time, he crusades and asks his family and friends to go along with his delusion.

How then do you start geting the addict in your life to agree to enter into treatment?  Start learning how to successfully deal with and manage his psychological defense mechanisms. It's hard work. But if you follow a definite plan and strategy, it can spell a great difference in healing the addict in your life.
Email Post
Labels: addiction therapy and counseling Manila counseling psychotherapy Manila Philippines Filipino affair recovery parent child counseling therapy for Filipinos