When a wounded person is too powerless or too young to help heal himself or herself, something "unconscious" often happens. Psychologists call it "mirroring the injury." People who are abandoned abandon others. People who were lied to or verbally abused lie and verbally abuse others. The wounded, in other words, wound. 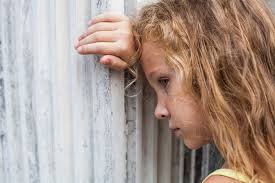 One patient, Janet, whose husband committed infidelity, was a victim of a broken home. Her father physically abused and abandoned her mother for another woman when she was in grade school. When her equally wounded husband chose her and repented from his unfaithfulness, Janet both physically abused and verbally shamed him in front of relatives, friends, and in public. It's her pattern in the marriage even prior to her husband's affair.

I've witnessed and heard countless times in my sessions wounded individuals like Janet. The wounded person, with unhealed wounds, repeats his or her own injury. Only this time, he or she becomes the harmer. The more self destructive, the more punishing, the more "bad." In a sense, "mirroring the injury" is like war. It's ebb and flow leave everyone around injured. Injured and injurers become one.