One of my counselees, John (not his real name), is an American patient who is addicted to alcohol and sex with prostitutes. His wife found out through a cctv camera in his office that he’s again contacting prostitutes and drinking heavily after 1 1/2 years of self-imposed abstinence.
His traumatized, deeply hurting wife saw me with much confusion. She asked, “What happened, doc? I thought it’s over!” Her question is typical and common. 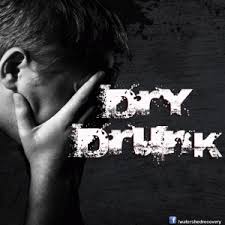 In alcoholism treatment, the term “DRY DRUNK” is used to describe a person who still thinks and behaves like an alcoholic even though he is not drinking. In the case of my American patient who relapsed into a binge after 1 1/2 years of abstinence, this proves to be true.
Similarly, other types of addiction such as sex addiction or money addiction, can switch to abstinence mode for a period of time. Every addict is capable of a time of break or moratorium. Yet the addict is still living, feeling, and thinking as an addict.
Dr. Patrick Carnes, a world renowned addiction specialist/author, explains that a still “addicted brain” carries a supply within itself despite abstinence. The key then is internal change rather than mere external restraint or “motions.”
Email Post
Labels: addiction therapy and counseling Manila alcohol and drug addiction counseling therapy Manila clinical infidelity treatment Manila marital and relationship therapy and counseling Manila Philippines