The Emotional Secret of Rehabilitation 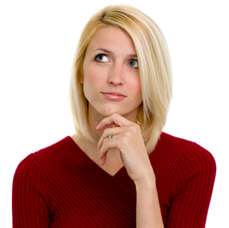 How can people change? I discovered one powerful secret.

When Mary related her problem about her husband, she was in much tears. Her husband, Alan, womanizes. Drinks a lot, gets drunk often. A chronic smoker. And gambles, wasting money in the casino almost each night. Mary tried her best she knew, yet her husband still wouldn't choose to reform. Alan would actually get violent when "carefronted."

Then, intervention came. Mary sought the help of her husband's other family members and friends, who in turn consulted me to organize a formal intervention process for Alan. All of them had been at a loss for so long on what to do with Alan. Mary, the closest to him, appeared helpless to find out how her husband can break his bad habits.

Initially, I struggled to get to Alan's underlying internal roots behind his addictions or vices. However, eventually the family intervention team and I struck gold! Alan, in the forefront of his emotions, loves his three children much. After much planning and prayers, we conducted the family intervention session, using the emotions of love and care that include specific references to the emotions present pertaining to his children. With that, Alan shed tears and finally agreed to go into intensive rehabilitation.

One of the things we learn in Alan's case is that people very rarely quit their bad habits or addictions because of the possibility of physical sickness, financial losses, and so on. A person rarely changes because of logic. He changes when he has an "emotionally compelling reason." He begins to choose to stop bad habits only when these issues directly affect him emotionally.

So, take note of this powerful secret of recovery and healing. The "emotionally compelling reason" is one of rehabilitation's most efficient avenues to fuel the personal desire to change.