After my session with a wounded couple two days ago, my mind seemed to have been visited by images of the “elephant.” The elephant is the largest land animal on earth. And one of the most powerful. Yet i’d been reflecting that it takes only one rope to restrain one big elephant.
Here is how it works, as I reflect further.
When the elephant was a “child” or young, he is tied to a large tree. For weeks, the young elephant will strain, protest, pull but the rope holds him fast to the tree. So eventually, the elephant gives up. Then, when the elephant reaches his full size and strength, he won’t struggle or choose to get free. Once he feels resistance, he stops. 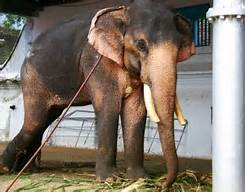 Why is this so, I thought.
The huge elephant still believes that he is held captive. He still thinks that he does not have the capacity or power to choose and break free.
That story is very much like our journey to heal our wounded inner child. When stuck, we are all called to leave childhood and our mother and father, so we can enter and live fully our adulthood.
A second image entered my mind after my recent session. It’s Mr. Scrooge! That unhealed, wretched man in the Christmas Carol story. Well, Mr Scrooge did not become a new, healed man because of Christmas cheer. Rather I was reflecting that his transformation occurs when the spirit of the future permits him to witness his own death and strangers squabbling over his possessions. 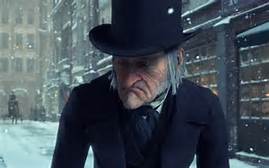 Well, the healing message behind Mr. Scrooge’s story is simple and profound: Though the physicality of death destroys us, the idea of death may save us.
In the sessions that I worked with terminally ill patients, I witness a great many, facing death or the years diminishing, underwent significant and positive personal change. They re-prioritized their values and started to trivialize the trivia in their lives. Internal wounds melt away, they found true meaning of life in their remaining years, which are not that many.
Email Post
Labels: addiction therapy and counseling Manila counseling for Filipino global diaspora and OFWs marital and relationship therapy and counseling Manila Philippines