Dr. Frank and His Addiction

The addiction problem that afflicts millions of men and women around the world is smoking. Due to its heavy commercialization and widespread use, cigarettes are commonly accessible. After they've engaged in it, people from all stages of life have a hard time giving it up.

According to the WHO or World Health Organization, smoking is a leading cause of cancer and health deterioration all around the world. Based on medical and scientific studies, the nicotine in smoking, when one gets addicted to it, can result in a person's premature death. Worldwide statistics show this to be so. 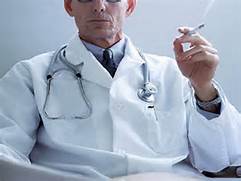 Dr. Franki Oski, a smoking medical doctor, once wrote an article in 1979 in the New York Times, rationalizing that smoking was good for his health. Five years later, after having a heart attack at age 51, he wrote another article linking smoking to heart disease. Since his last serious heart attack, Dr. Frank had chosen to totally stop his addiction to nicotine.

Nicotine is an addictive poison, like other specifically-known substances. It kills. It destroys heart and brain health. Yet it's sad that many still choose to get addicted to it, consume large amounts of the substance, despite its life-damaging consequences. For many, it becomes too late to change.

In the case of Dr. Frank, his unlearning his dependency to smoking was closely linked to his desire to live longer. He wanted to avoid another heart attack or stroke, escape premature death. As smoking ceased to be rewarding to Dr. Frank, other types of rewards take its place in his life.

There is hope to quit addiction. Any type, as a matter of fact. Do not wait until it's too late. Or, a lot of damage is already done. Value your one life. Not every one is given another chance to redeem mistakes and become whole again.