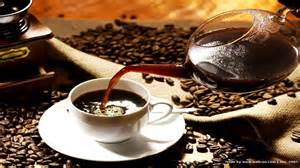 It's Harvard. For so many years, its scientists and medical doctors studied the effects of coffee among thousands of individuals.

Health benefits are a recurring theme in all of these Harvard researches. As they say, coffee loves us back!

Among coffee's health benefits, besides physical, based on Harvard research is on mental health.

There is, for instance, a 2011 study they made which showed that drinking coffee lowered the rates of depression and suicide.

I've done a lot of psychotherapy sessions in the coffee shop. I know it's not traditional. But I'm just that - un-traditional, unconventional, out of the box.

I desire healing to take place in a normal life context. Besides, it's the coffee.

I've realized that the personal therapy of countless individuals and couples in my sessions is facilitated by the coffee and the community hub feel of the coffee shop.

Of course, a lot of times, it's the "processing" that makes the difference. And this processing is hugely impacted somehow by the conversations and experiences shared in the coffee shop.

"Coffee is a lot more than just a drink; it's something happening. Not as in hip, but like an event, a place to be, but not like a location, but like somewhere within your self. It gives you time, but not actual hours or minutes, but a chance to be, like be yourself, and have a second cup."

Voltaire claimed drinking tens of cups a day as a secret of his creative productivity.

The philosopher James Mackintosh had said that the powers of a man's mind were proportionate to the quantity of coffee he drank.

Coffee and mental health?  There is something to see in it.