A few days ago, I was in a meeting and dinner with Manny Pacquaio. It's in his Forbes Park home in Makati. There were some actors, from showbiz. Emerging from traffic, he arrived into the room where we were. Apologizing. He appeared hungering to come and see us.

A few seconds after, he sat quietly on the floor, smiling at his guests. With closed eyes moments later, he sang and listened to Scriptures and prayed. The rest of his guests and large entourage of assistants/handlers sensed the deep change in this man. A humble and gracious guy - this man Manny!

If you knew Manny before, he was an "addict." Women. Gambling. Alcohol. Drugs. Money. Fame. You name it, according to him, he tried all sorts of "addictive agent" to find satisfaction. In the doctors' DSM manual of mental disorders, addiction is a type of mental disorder or psychopathology. Unknowingly, that's what Manny suffered from. 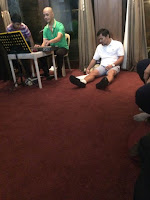 With tons of money, he could get or buy anything. Yet, looking back as Manny shared, all of these "profits from the world" left him feeling stranded. He remained chronically dissatisfied despite everything he owned. His sadness and emptiness filled him with dread as his own surface deteriorated. Satiation, or running out of wants, is indeed a living death.

As a psychotherapist, I move within the limitations of human language. Crises and traumas are my allies. They hasten the process of discovery more than all the reasoning and analysis I can muster. My richest sessions occur when my patients are feeling empty and suffering a lot. This void always precedes significant change.

What happened to Manny Pacquaio? How did he heal from his broken, addicted past? What made him able to avoid the tragedy of "unlived life" still inside him?

Out of his emptiness and dissatisfaction, Manny would recollect, he derived readiness for the arrival of his new self when the Word was shared to him. One biblical psychotherapy verse can describe what happened to him: "And the peace of God, which transcends all understanding, will guard your hearts and your minds in Christ Jesus" (Philippians 4:7).

Manny's heart and mind was changed. He got the "secret" of true, lasting psychotherapy. 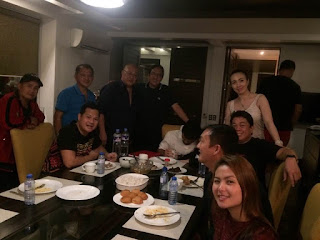 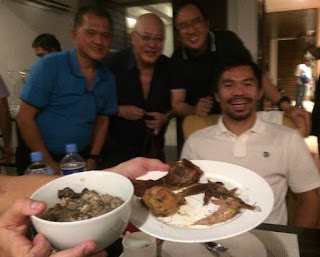