When psychopathy (some interchange it with sociopathy) and blood mix together in one person, the result is horrific. A marital and family nightmare. Very traumatic, wounding to the deepest core. The psychopath is a shadowy black figure that seems larger than life.

Countless psychopaths are like Ching's husband, who deliberately abuses her and their three children. He habitually attacks her verbally, emotionally, and physically. He disempowers her by limiting and withholding financial support. For over 3 decades of her marriage to him, he maintains mistresses and engages their company women employees to sex for hire.

Just a few weeks ago, I was speaking to one of their children, 22-year-old Mary. In much tears, she recounted during our session how his father kicked her several times out of uncontrollable rage. From there on, she chose to ran away and never talked to her father anymore. During her wedding shortly after, she decided not to invite her father for fear that he'll make a scene during the ceremony.

Ching, when she saw me during therapy, has finally decided to divorce her "psychopath" husband. After enduring unimaginable abuses from him over the years, she already got so sick and had multiple medical surgeries. She realized the mistakes she made, how she allowed and enabled her remorseless husband to continue abusing her and their children. 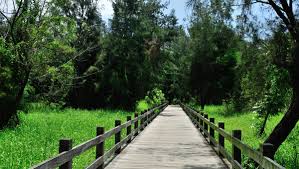 In the course of therapeutic intervention for her self, Ching needs to work through issues left over from her deeply traumatizing marriage. Especially her self blame, feelings of dependency, and identity issues connected to her husband. She's able to gain better understanding of her husband's psychopathy and lack of conscience. This new perspective is certainly helpful to her.

The long-overdue "geographic cure" and divorce of Ching from her husband is healing. One of her greatest remaining concerns, as in the case of many other psychopath-victimized families, is the emotional vulnerability of her children. She knows that the longer journey of her own self forgiveness, healing, and stability would be complicated but the key to the rebuilding of her life as well as the lives of her children.